Best Colors for a Media Room 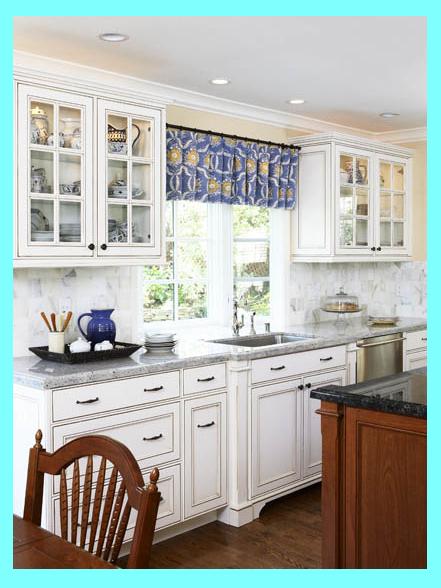 We’ve all seen the pictures of the Stone Age caveman going out to kill the beast and bring it home for the family to eat.  That caveman might not have been the breadwinner in the family, but he sure was the hunter and gatherer and he took care of his loved ones.

When you were growing up, depending on your age of course, your Dad might have been the sole breadwinner in the home.  He went to work five or six days a week and Mom stayed home and cleaned house and cooked and took care of the kids.  That was pretty much the traditional American family.

Today, the definition of the traditional American family has been tweaked from what we may remember in the past.

More and more men are either stay-at-home husbands or work from home.  The former… the stay-at-home husband may have simply come about as a result of the terrible recession and the massive amount of jobs lost during that time period.  If the wife had a lucrative job, suddenly she became the sole breadwinner in the home, and the husband was relegated to take care of the kids and do the cooking and cleaning.

It has not always been this scenario, of course.  Men have had jobs where they worked out of the home for years.  Perhaps they were in business for themselves, like writers or consultants.  And, many single men work from home a majority of the time because they telecommute or for other reasons.

Modern-day men are taking on more and more responsibilities in the home than ever before.  Perhaps, even though you raise your children together, it is more Mom’s place to attend to the cries of a fussy baby, give an attentive ear to a whining preschooler or anxious teenager, or oversee the nightly homework.  But, back in the day, Mom did the cleaning, cooking and most of the responsibility revolving around the kids.  Back then, it was not your Dad’s place to do the chores that millennial men do gladly without grumbling.  In fact, more and more men, are likely to position themselves in the kitchen, not just to prepare and feed the family, but because they really enjoy being there.

Creativity in the kitchen

Maybe, just maybe, men – some… not all, have been just a wee bit envious of the woman’s role in the kitchen.  This is not a reflection of masculinity just because a man watched his significant other remove a soufflé from the oven and it didn’t collapse, and he wondered if he could perform that same feat.

Some people are born cooks – they grew up in an environment where food was foremost, and, so they naturally were geared toward enjoying the preparation of food.  Others eschew cooking as much as possible.

If men like to cook, please allow them to do so with no raised eyebrows.  Many women would be offended these days anyway if you insinuated that women should stay in the kitchen.  After all, we are wending our way through the New Millennium and this is not the 1950s.

It doesn’t even mean that the man of the house, a/k/a the man who prepares the meals, has to create cuisine the likes of what celebrity chefs like Emeril Legasse, Jamie Oliver or Bobby Flay churn out.

Did you stereotype men so that you thought the only place than men wanted to be was in their man cave?  You are so wrong!  Who says that men don’t enjoy being in the kitchen environment?  Especially when there are such amenities that only a professional kitchen designer or a total kitchen remodeling job can create.  You can consult with a professional contractor in Cupertino to see how to enhance the kitchen experience.

Staying home and cooking creatively has also been spun out of the necessity to eat more meals at home and less restaurant food.  While this choice is not necessarily always budget-related, it often stems from a desire to eat healthier, i.e. – no GMOs and you know just what you are getting, especially if you shopped with an eye toward healthier foodstuffs.

As an example, here is what is trending in kitchen design for men these days:

Today’s kitchen must accommodate state-of-art appliances and nifty components like nooks or modular stations for having a computer nearby or the most-popular concept of all – the island.  A computer is handy for checking in with work, family or friends, but most importantly – following on-line recipes.  Why print them out until they are tried-and-true recipes, when you can simply glance at the screen?  The island permits extra storage area for those appliances that you must have, or those unusually shaped pots and pans – where else do you put them?

In order to accommodate just a few of these trendy items into your kitchen, you must have a large kitchen.

Many people opt to merge a seldom-used room that is adjacent to the kitchen area and enlarge the existing kitchen that way.  More and more people have abandoned the idea of a formal dining room area and have merged that room with the kitchen to make dining with family and friends a more casual and informal affair.

Today’s modern kitchen, especially if you have the added luxury of lots of space in that room, is not merely a kitchen table, the countertop area and the sink, fridge and stove.  It is much, much more.  The trend is for multiple food prep stations – much along the lines of a restaurant food prep area.  It is all about convenience and organization amidst the hustle and bustle of daily life.

Give a man a respite from that constant drain of work-related dilemmas and non-stop electronic interludes during the day, and put that man into a kitchen designed for fun and creativity and you will find yourself one happy chef.

Let the man of the house go to town with his double oven, warming drawers for keeping the food piping hot ‘til the woman of the house and he are ready to eat.  And when the meal is done, how about letting that same man serve up a java delight, that the local barista would be jealous of – at the touch of a button, espresso, latte, cappuccino or a fresh, steaming cup of Joe could be yours with the built-in coffeemakers that are part of the modern man’s kitchen.  The modern man just doesn’t add a few scoops of coffee and fill the water well and press “start” on a regular coffeemaker anymore – like the cave man, he has evolved, and so has his kitchen!

Why not see a kitchen design consultant today and make the kitchen of your dreams happen soon?